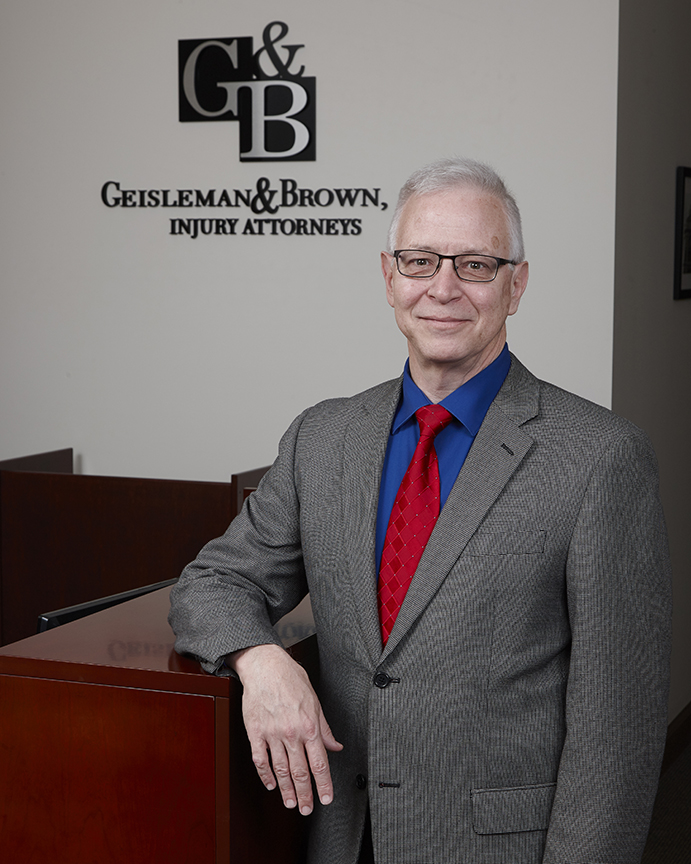 Denny Geisleman always knew that he wanted to help people by advocating for their rights under the law, and since 1982, he has built his successful career around doing just that.

Geisleman began his career under the mentorship of respected local personal injury lawyer and has focused on helping others throughout his entire career, representing numerous plaintiffs through extensive jury trial experience, working on pro-bono civil rights cases as court-appointed counsel, and serving on the Board of the Fort Wayne Housing Authority.

He is a recognized achiever in his field, noted not only for his caliber of client care but also for his professional activities, and was named a Super Lawyer consecutively since 2012. He is a board member of the Indiana Trial Lawyers Association, an active member of the Allen County Bar, and former President of the Benjamin Harrison American Inns of Court. Geisleman is also admitted to practice before the U.S. Court of Appeals, Seventh Circuit and the U.S. District Court (Northern and Southern Indiana districts).

At our firm, there are no big or small cases as every client is handled with the same care, due diligence and determination. Our commitment to provide excellent representation is the founding principle of our firm. Acting as the voice of our injured clients, we seek to obtain the best possible results to help you recover from the emotional, physical and financial hardship.

Denny Geisleman always knew that he wanted to help people by advocating for their rights under the law.

This is an advertisement. This web site is designed for general information only. The information presented at this site should not be construed to be formal legal advice nor the formation of a lawyer/client relationship. You should consult an attorney for individual advice regarding your situation.